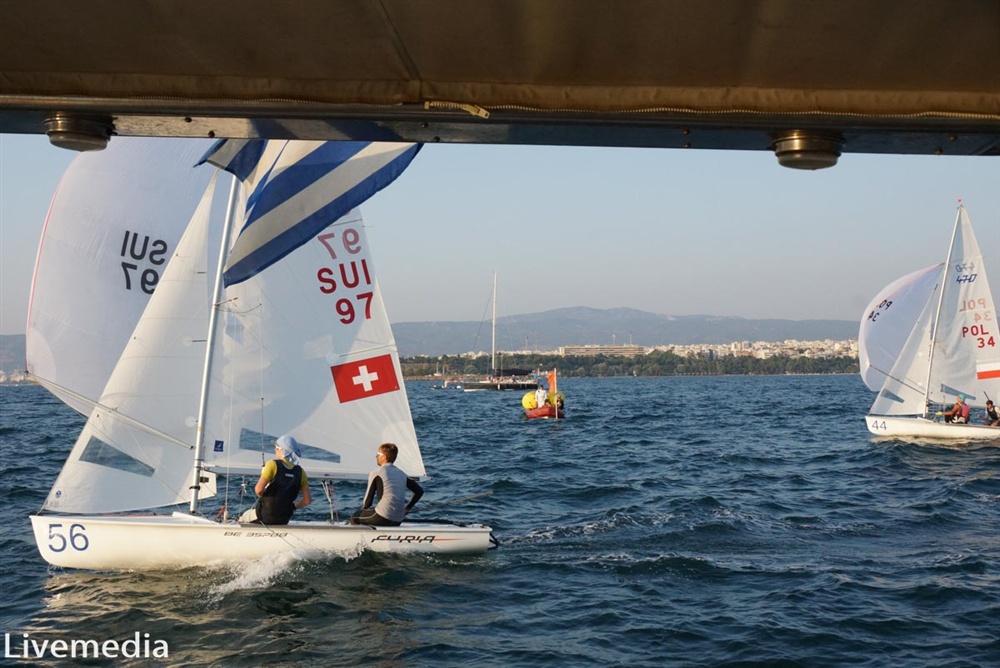 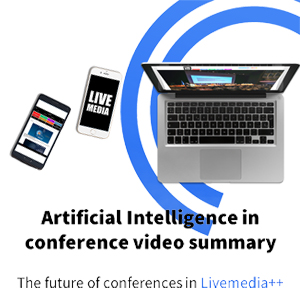 2015 470 Junior World Championships - Day 5
Welcome to the penultimate day of racing at the 2015 470 Junior World Championships in Thessaloniki. Hosted by the Nautical Club of Thessaloniki, located in the municipality of Kalamaria, on Greece’s north-eastern coastline. Renowned as one of the prettiest areas of Thessaloniki, Kalamaria has a long and rich history. A popular sports hub, it has numerous athletic venues and regularly hosts international sports events.

Today demanded calm and focus under the heat of the sun, as teams waited for the wind to kick in.

A crucial race day, with many teams on the cusp of qualifying to the leaderboard top 10, who would advance to tomorrow’s podium deciding medal race shoot out.

Spain’s Noguera and Terrones executed their game plan, successfully climbing from 11thto 9th place to secure their ticket to the medal race. France’s Pirouelle and Sipan again dominated the race track to secure another win, their fifth of the 10 race series so far. The French team hold a 15 point advantage over 2nd placed Winkel and Cipra from Germany, so would need to make a major mistake to lose gold. Japan’s Isozaki and Nakagawa were the last team to qualify to the top 10, on tiebreak with the Spanish. Teams from 7 nations are in the hut for medal race glory.

A 4th place for Di Salle and Dubbini in the one race for the 470 Women guaranteed them the gold medals and World Championship title with a race to spare. Holding a 27 point advantage makes the Italians unbeatable over the 2nd placed Greek pairing of Bozi and Klonaridou. All still to play for, with silver and bronze medals up for grabs with 3 teams in the running. Finally, Greece’s Tavoulari and Koutsoumpou entered top 10 for the medal race.

Stay tuned for tomorrow’s medal race, as teams work out a strategy to capitalise on their leaderboard positions and the double points medal race, to secure podium glory.
Overall results
http://2015juniorworlds.470.org/en/default/races/race-resultsall

Press release day #4
Welcome to day 4 of the 2015 470 Junior World Championships. A late start today for the 204 sailors, gave a chance to visit the stunning city of Thessaloniki and the historic White Tower, whose prominent location dominates the waterfront, the town hall and soak up the general ambience of this buzzing metropolis.

Sailing offers a lifetime experience – giving the opportunity to meet people from all over the world and visit lots of different countries.

In the 42 boat 470 Women’s fleet, the top two teams have established a significant points margin over the chasing pack. Day by day the leaderboard is shuffling, as they trade places. A 2,6 scorecard for Italy’s Di Salle and Dubbini holds them in first overall, with Greece’s Bozi and Klonaridou seizing two 4th place finishes to end the day in 2nd overall. Behind the leading two, points are close for the next three teams, an 8th and 24th for Great Britain’s Lavery and Brickwood keeps them in reach of the podium spots, in 4th overall.

An unbroken run of four wins in a row, came to an end today for 470 Men leaders, Pirouelle and Sipan of France. A 17th place in race 9 broke their control of the race track, but the partnership still holds what may well turn out to be an unassailable lead over Germany’s Winkel and Cipra, with Spain’s twin brothers David and Alex Vila in third.

Early series leaders, Hungary’s Gyapjas finished 2nd in the first race of the day, putting them back in the points game, after yesterday’s lukewarm performance.

Today’s light breeze favoured lighter teams. Tomorrow is crunch day to decide the top ten teams advancing to Saturday’s Medal Race. So the pressure is on to protect and attack, if teams want to guarantee themselves a place in the medal race line up.
Video day #4
https://youtu.be/MgzXvkzW80s

We join the 1st day of final series racing here at the 470 Junior World Championships, featuring 102 of the world’s best young 470 teams. In men’s gold fleet racing, the top 30 were set to cross swords, in the typical thermal breeze of 10 knots!

Among the usual frontrunners are teams from Spain, Great Britain and France – nations with a proven pedigree in the 470 Class.

All competitive sailors have the same goal, to perform well and keep on learning and improving. On the race track, battles are intense. Shoreside the long-standing friendships resume. At the end of the day, sailing ‘unites’ people!

Back to the race track, where the host nation’s Bozi and Klonaridou, bounced back from their shocker of an opening day, a 15th and black flag penalty in the women’s fleet, to knock out a win. No easy feat in this world class fleet. Italy’s Di Salle and Dubbini raced another consistent day –a performance to be expected from former 420 Junior European Champion and ISAF Youth Worlds gold medallist, Di Salle. But it is defending World Champions, Lemaitre & Retornaz of France, who look ready to pounce, now their disqualification penalty from yesterday is discarded.

Racing in the men’s gold fleet intensifies, with the world ranked #28 partnership of Pirouelle and Sipan taking an easy win in the first race today.

A blow to the campaign of Hungary’s brother partnership and overnight series leaders, as they scored their first double-digit finish and drop down the leaderboard.

The thermal breeze returned again today, steadily increasing in the afternoon, and virtually guaranteed to favour the left side of the race track. Teams now know this, and will have to stick with the pack if they want a front of fleet finish.
Once again the athletes were more than satisfied with the weather and their results during the races. What most of them said, is that the experience and the learning counts!

Tomorrow, we will meet the top sailors, and get to know their personalities and lifestyle, as well as take a whistle stop tour of Thessaloniki.
Overall Results of the Races
http://2015juniorworlds.470.org/en/default/races/race-resultsall
Overall Video of Day #3
https://youtu.be/oVaigoaFEeA

Press release 27/7 DAY 2
Although the wind was slow to appear and the race was postponed for about four hours, finally the wind made a great “appearance”, in the gulf of Thessaloniki, host venue to the World’s best junior 470 sailors.

A little later than 4 p.m. the local sea breeze (boukadoura) had an intensity over 6 knots and a little before 5 p.m., as soon as the race started, the breeze had reached 8-13 knots and lasted until the end of the races of the 2nd day.
The day's program was completed with six races, two for each fleet.
On the 27th of July the qualifying races have ended for the category of young men and on the 28th the 30 best will race in the gold fleet and the rest in silver. The young women will continue racing in a fleet of 44 participants.
The weather forecast for the next days will employ the race committee after the heat wave and the lack of winds constitute a threat to the races. The afternoon races may be a solution.
Sitting on the edge of qualification, Hong Kong’s Sui Lun Tse and Ho Yin Tsik delivered in the first race of the day, with a safe 12th place keeping them inside the cut. Same for South Africa’s Brevan Thomson and Josh Rubenstien who are competing at their first 470 Junior World Championship.
In the blue fleet, Hungary’s Gyapjas brothers knocked out a bullet at the 1st race of the day – establishing themselves as the ones to beat. Another solid performance from Italy’s Calabro and Ferrari of Italy while Spain’s twin brothers, David and Alex Charles scored a bullet in the yellow fleet.
The breeze built during the day, so full on trapeze racing for the fleet, and close boat on boat tactics. The totally different weather pattern compared to yesterday favoured the greek pair of Bozi and Klonaridou in the women’s fleet who scored a bullet at the 1st race
After the race the athletes felt satisfied that the breeze started, even later in the afternoon. “Conditions are very difficult, but we will make it” said Maria Bozi, from Greek crew. The athletes believe that the organization is very good and that they finally reach their goals.
Overall results
http://2015juniorworlds.470.org/en/default/races/race-resultsall
Videos of day # 2 races
http://www.livemedia.gr/video/174186
Please find below the link for video of day 2:
https://youtu.be/B8G2Bd1aM8I

Welcome to Thessaloniki & the 2015 470 Junior World Championships. From 26th till 31st of July, the stunning gulf of Thermaikos will be inundated by top young guns! 102 teams from all over the world will cross their swords for the prestigious world crown!

Nautical Club of Thessaloniki has a great tradition in sailing & in the 470 class with many titles to showcase, while it has host many top events with great success the previous years!

The thermal breeze made its appearance around 12, giving the chance to the sailors to compete in 2 races with winds between 7 and 12 knots. First to compete were the women with 3 teams from Spain finishing in top 3!! Spectacular performance for the team Spain! Although, the key to success is consistency since the event will consist of 5 races at the qualifcation stage and 6 races at the finals, before top ten advance to the medal race on Friday! The mens' fleet was divided in blue and yellow and the pressure was high from the 1st start! Packed roundings and boat to boat battles for the boys today!

Day one came to an end so everyone has the chance to enjoy the unique atmosphere of the city & relax ahead of a difficult week.
25/7/2015
Opening Ceremony

The opening ceremony of the 470 World Championship organized by the Nautical Hall of Thessaloniki in the building of the Northern Greece Naval Administration, took place with a great success, with the presence of the President of the Nautical Club of Thessaloniki Mr. Tsalikis Lazarus, the Naval Commander Northern Greece, Mr. Christos Pavloudis, the Event Manager, 470 world champion in 1995, Olympic Champion, Mr.Andreas Kosmatopoulos, the Deputy Head of Central Macedonia, Olympic athlete Ms. Voula Patoulidou and the Greek sailing Vice-President Mr Athanasios Patitaros.
The importance of maritime sports in Greece was the center of the speech of Mr. Pavloudis, expressing the joy of the naval world hosting the 470 World Championship, that will take place from July 26th – 31st 2015.
The President of Thessaloniki Nautical Hall thanked the volunteers and friends of the championship, as without their contribution, they could not have completed this championship.
The Deputy Head of Central Macedonia, stressed the importance of the races, but also the opportunity that athletes have to get to know Thessaloniki. “Despite the difficulties of today's economy, the Nautical Hall, gives the best out of them, to the success of the championship.
Mr. Patitaros wished that the wind and the weather conditions will help the excellent conduct of the championship.
Finally, Mr. Kosmatopoulos said that he was proud of the members, athletes, volunteers and supporters, and suggested that what they should keep in their minds is that the world should remember them for what they do.